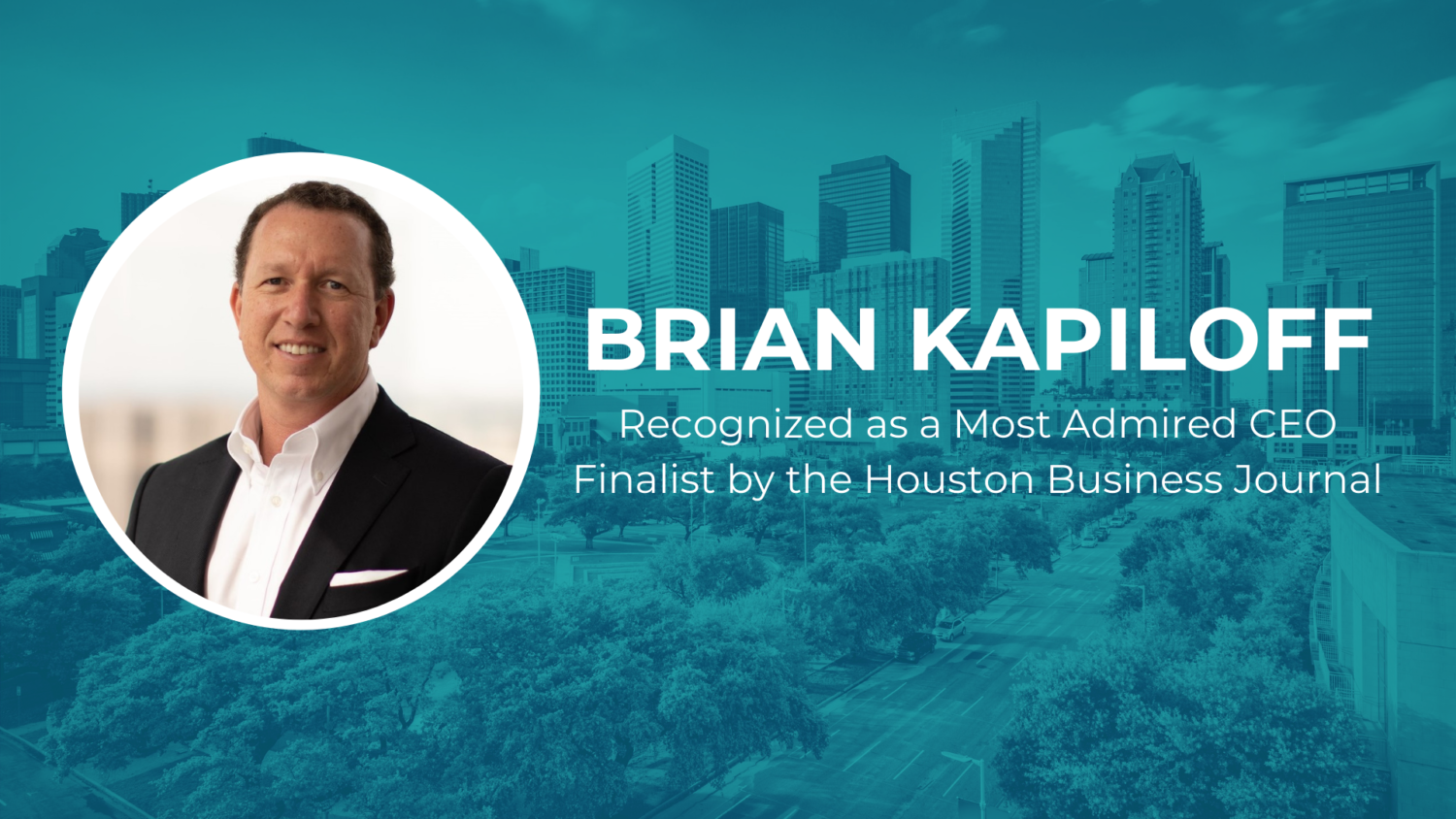 HOUSTON, TX, August 20, 2020 – Insgroup, Inc., the leading closely held insurance brokerage firm in the state of Texas, announced the firm’s President and Chief Executive Officer, Brian J. Kapiloff, will be honored at a virtual awards ceremony this afternoon for the Houston’s Business Journal’s 2020 Most Admired CEOs.

“I am humbled to be included amongst this group of well-respected leaders – many of whom I know and admire for the work they’re doing on behalf of their own organizations and within the Houston community,” said Kapiloff.

Judges for the third annual award named Kapiloff as the only insurance industry CEO within the 31 for-profit honorees. A panel of judges looked for characteristics such as contribution to company success, civic involvement, career achievement and more when selecting this year’s finalists. The honorees represent Houston’s diverse business landscape and include leaders from health care, hospitality, construction, energy, real estate and others.

Hundreds of CEOs were nominated by colleagues and peers before the list of 50 finalists from the for-profit and non-profit sectors were announced. Kapiloff’s nomination was championed by Insgroup’s Executive Vice President of Sales and Marketing, Ryan Shinkle.

“Brian has led Insgroup from a relatively small insurance agency to one of the largest firms in the region because he’s created professional development opportunities for his colleagues and surrounds himself with a diverse group of people and skill sets, “ said Shinkle. “He empowers us to think differently and fosters a culture of inclusion and growth mindedness.”

The 50 honorees will be recognized in a special section of HBJ’s weekly edition on August 21st and at a virtual event via a live stage today at 2 p.m. CST.

About Insgroup, Inc.
Insgroup, Inc., was founded in 1978 in Houston, Texas, by a group of entrepreneurs committed to providing the security necessary for business owners and individuals to pursue their dreams. Insgroup is the largest closely-held insurance brokerage firm in Texas with nearly 200 colleagues in Houston, Dallas, Addison and Austin. With expertise in Property & Casualty Brokerage, Employee Benefit Consulting, Private Risk Services, and Surety, Insgroup serves clients nationwide and partners with premier national, regional and specialty insurance carriers across the United States. For more information, visit www.insgroup.net.