Water Damage Repair During a Pandemic 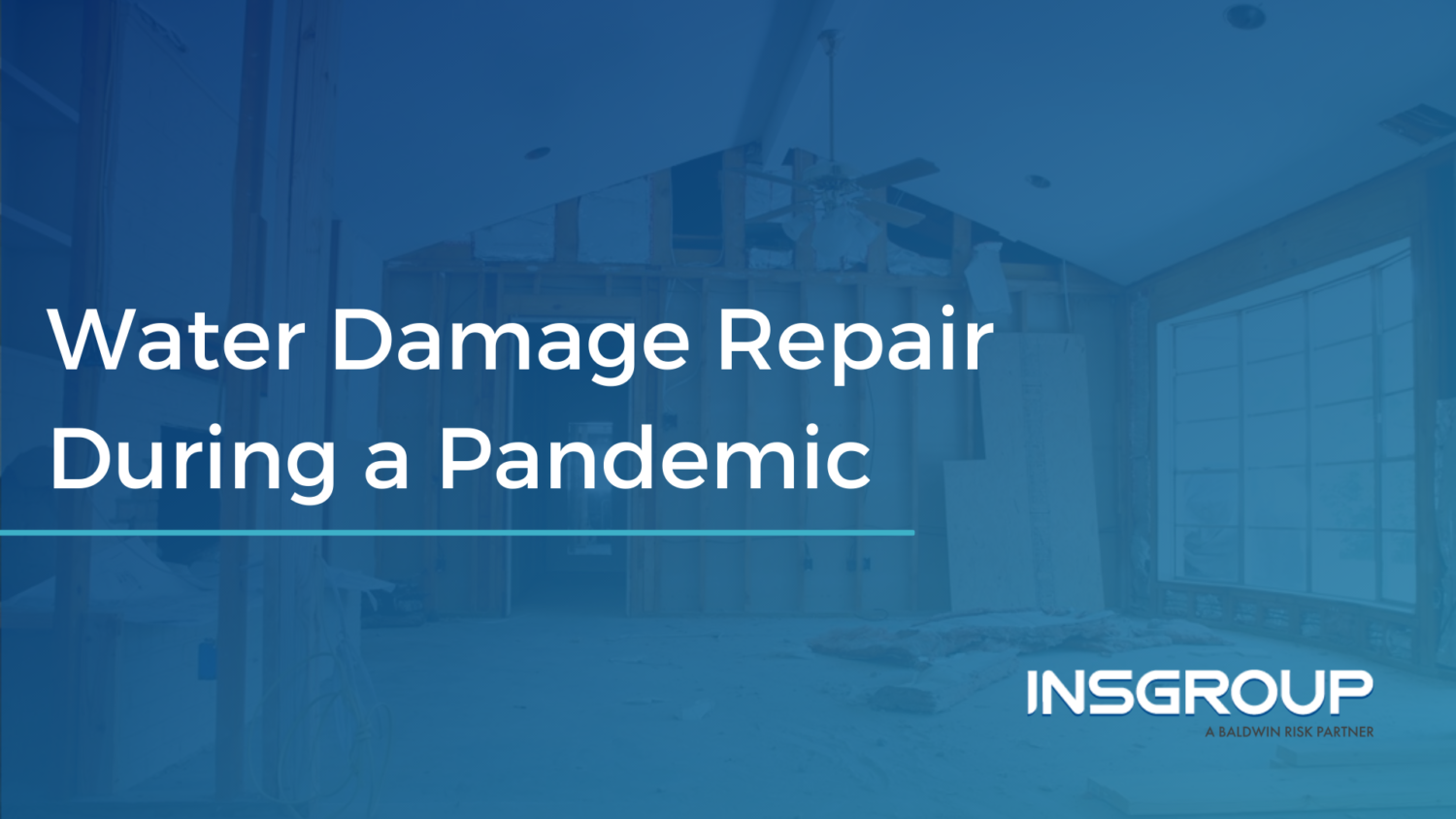 COVID-19 has kept more people inside than ever before, and far too many homeowners may be overlooking interior water leaks and putting off their repairs.

Since the first stay-at-home orders were issued in March 2020, roughly 20% of homeowners have noticed some form of water damage. That is about 25 million households just in the United States. More worrisome, 12% of the homeowners who spotted an issue were too concerned about exposure to the virus to bring in a contractor to make the repairs, according to a survey by Chubb.

“While hurricanes, earthquakes, and wildfires generate headlines, water damage remains the clear threat to homeowners, especially high net worth individuals and families who live in multimillion-dollar homes that are likely to house far more expensive possessions than what their dwelling is worth,” said a national high net worth business development executive. “Not only is water damage the most frequent cause of loss, but delaying maintenance can also allow a small repair to develop into a costly oversight.”

Chubb, which offers credits to eligible homeowners who have installed flow-based water-leak detection devices to reduce and prevent damage. Insurers like Chubb are turning to artificial intelligence, predictive analytics, and the internet in the hope that smart homes devices and Wi-Fi-connected water leak detectors will reduce non-weather-related water losses by more than 90%.

Internal water damage accounts for 45% of all interior property damage, it occurs more frequently than fire or burglary. Despite the problems posed by frozen pipe leaks and failures, faulty plumbing, sewer backups and broken appliance water lines, Chubb reported no more than 1/3 of homeowners take the simplest steps to protect their dwellings.

Of all homeowners, high net worth individuals can be particularly negligent. For instance, when compared against other income groups, Chubb found high net worth individuals are most likely to consider themselves “vigilant” about conducting preventative maintenance; yet are the least likely income bracket to rank internal water leaks as their top home-related concern.

In the winter, when data suggests homeowners are 40% more vulnerable to internal water damage, it is important to encourage agents to help their clients take the simple measures, such as inspecting hoses and faucets, installing emergency pressure-release valves, checking pipes and knowing the location of a home’s main water shut-off valve.

Standard homeowner’s policies typically cover losses created by a sudden or accidental water burst or leak, broken appliance hose, overflowing toilets and water heater failures. Most policies will provide for the replacement cost coverage for damage to a home. At some point during their coverage, 1 in 15 homeowners will file a claim due to non-weather-related water damage.

Insurers bear the brunt of those claims. Non-weather-related water damage costs personal lines insurers $8.2 billion annually or on average $6,696 per claim, which amounts to 20% of all property insurance losses in the United States.